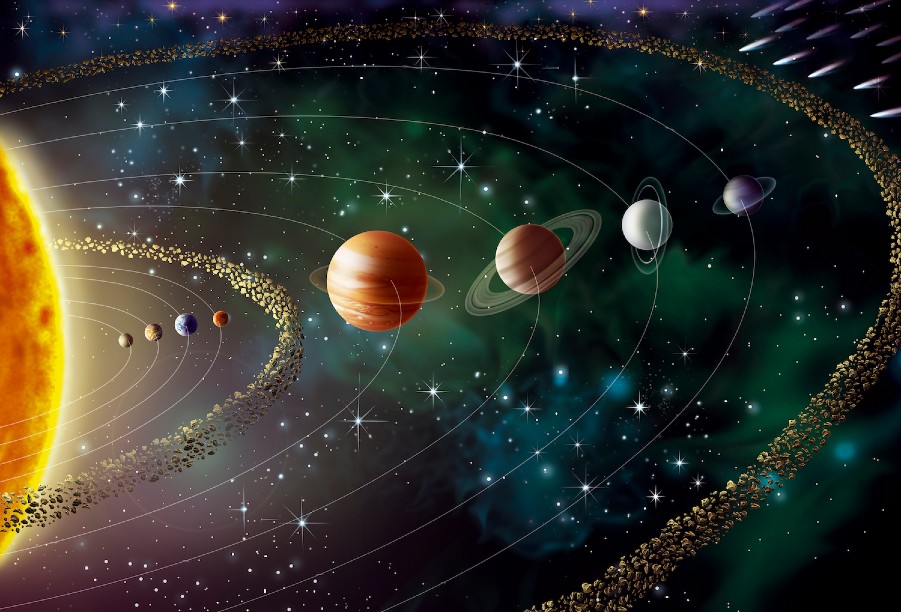 There is unlimited place around the earth is called Universe.

Asteroids: This are the large sized rock which are unable to combine to form a planet, so it is also known as planetoids.

Comets: These are revolved around the sun, they have a long tail, this are also called as dirty snow ball because of ice & dust on them.

Meteors: Sometime when we see strike of light in the sky these are meteors. Several rocky objects revolve around earth. When they enter into the gravitational force pull of the earth, earth attracts them. When they enter the atmosphere of earth, due to friction a lot of heat is produced and they start burning this is when they appear in sky as a streak of light for some time.

Galaxy: It is the collection of billions of star, gases and dust held together due to gravitational pull. The galaxy we live in is called Milky Way.

Stars: These are the luminous bodies which possess the light of their own.

Constellation: Some stars make beautiful patterns or shapes in the sky. These shapes are called Constellations.